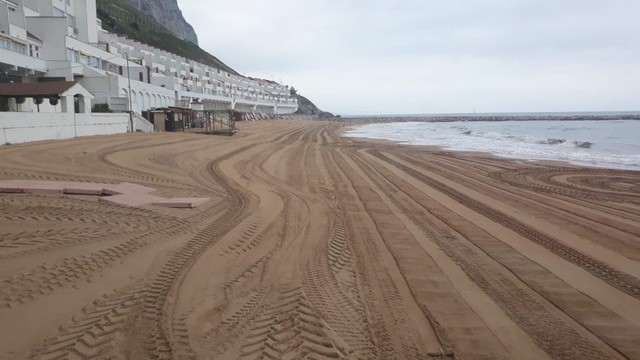 Work by the Department of Environment & Climate Change continues during this time.

Significant amounts of seaweed that had washed up at Western Beach and Sandy Bay, as a result of the recent Easterly swell, have been removed by Britannia Cleaning Services.

At the same time Western Beach, Eastern Beach, Catalan Bay and Sandy Bay have all been cleaned.  Despite the beaches not being officially open, the Department will not allow accumulations of seaweed, rubbish or other flotsam, in the interests of walkers and wildlife.

Also at present a number of planted areas around the city are being tidied and planted up.  Areas of foreign invasive plant species are being cleared to encourage the grown of local native vegetation.

Elsewhere, in collaboration with the Gibraltar Ornithological & Natural  History  Society (GONHS), the Barbary partridge programme continues, with eight captive pairs having laid about 40 eggs so far, and still laying.  When the chicks hatch they will be cared for by the GONHS unit and released when fully grown to add to our Barbary partridge population, now flourishing thanks to these joint conservation effects by the Department and GONHS.