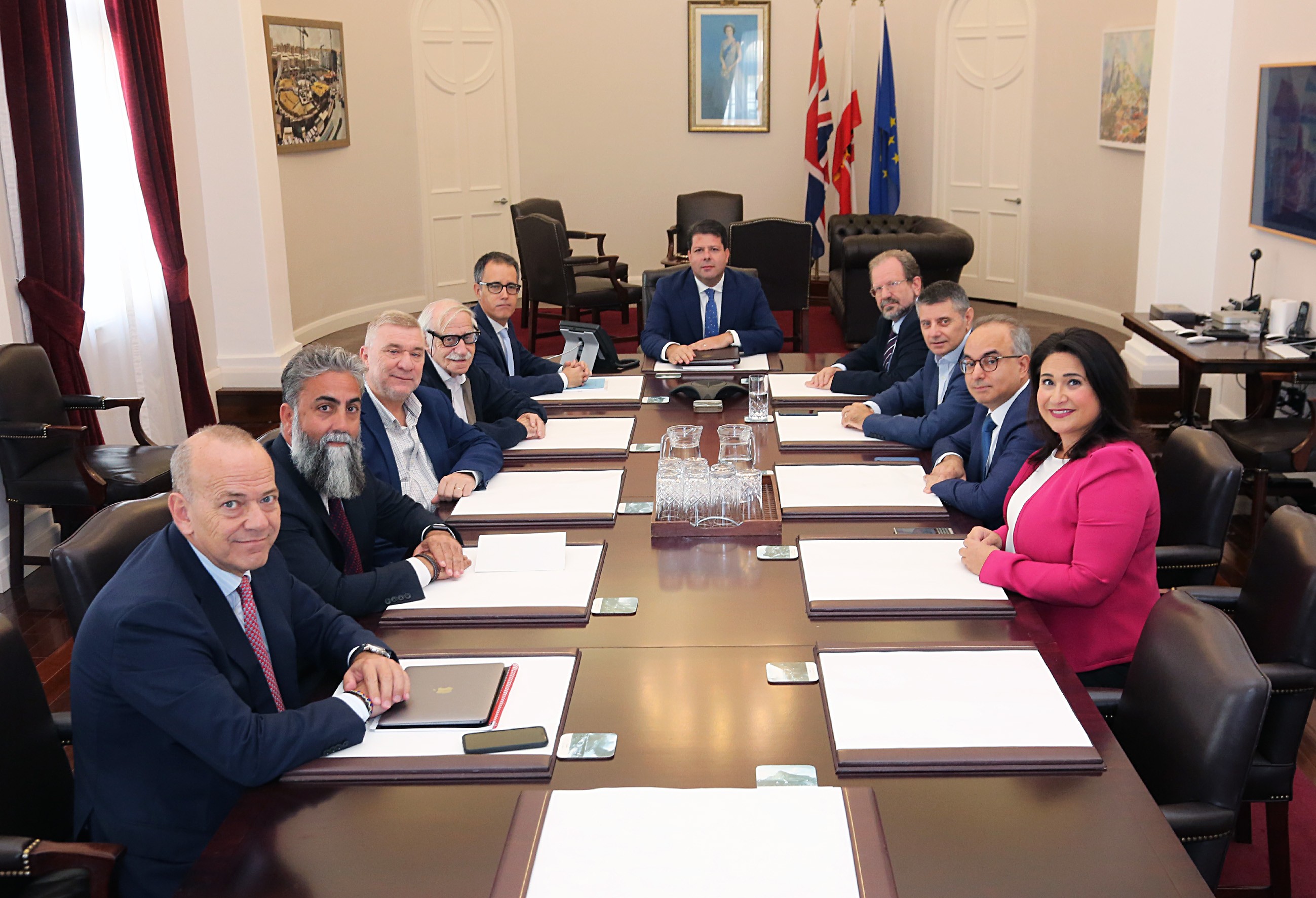 The Cabinet met briefly at midday for a short meeting following last week’s general election. Individual Ministers were then seen separately by the Chief Minister and Deputy Chief Minister.

A number of new Ministerial portfolios have been created in line with the 2019 GSLP/Liberal manifesto, which now becomes the programme of Government for the new administration.

The Chief Minister continues to be responsible for the International Representation of Gibraltar and its People. He will lead on the commitment to create a Child-Friendly City and on Families, Children and Social Development. Mr Picardo will continue to be responsible for the Economy, Public Finance and the Treasury. He will retain the posts of Chairman of the Gibraltar Development Corporation, the Borders and Coastguards Agency and Gibtelecom.

The Deputy Chief Minister Dr Joseph Garcia will be the Minister responsible for the External Action of Gibraltar. This will include work related to the European Union, the United Nations and relations with the Commonwealth. He will retain responsibility for Brexit and for work on any Future Partnership between the UK and the EU. He will also lead on Transparency, Open Government and Information.

Professor John Cortes will be the new Minister for the Environment, Sustainability and Climate Change. This will include the new heading of Marine Resources. He will retain responsibility for Heritage and has received Culture as well.

Sir Joe Bossano also retains much of his former responsibilities. He is also charged with the delivery and implementation of the Post-Brexit National Economic Plan. In addition to this, he becomes the Minister for Training, Apprenticeships and Skills.

Steven Linares become the new Minister for Housing, Youth and Sport. He will now take over the new affordable housing projects that are a flagship manifesto commitment for the Government. He will also see the new sporting facilities through to completion.

A former Dietician, Paul Balban, will become the new Minister for Health and Care. He will lead on the promotion of healthy lifestyles which will include walking and cycling.

Samantha Sacramento becomes Gibraltar’s first female Minister for Justice. She will also lead on Multiculturalism, Equality and Community Affairs. Her portfolio will include the establishment of an Anti-Corruption Authority, as set out in the GSLP/Liberal manifesto.

The first member of Gibraltar’s Hindu community to be elected into Parliament and sworn in as a Minister, Vijay Daryanani, will be the new Minister for Business, Tourism and Transport. His portfolio will specifically include Small and Family Businesses, as well as Postal Services and the Office of Fair Trading.

It is possible that some reshuffles will follow as needed once the full impact of the Ministerial appointments announced today have been properly assessed in action.

The Chief Minister, the Hon Fabian Picardo QC, on announcing the allocation of the portfolios, said: “I believe that in allocating portfolios in the manner the Deputy Chief Minister and I have agreed, we have calibrated the Government by reference not just to the challenges we face going forward, but in a manner that plays each individual member of our team to his/her strengths.  The Government, in adopting the programme and the objectives set out in the manifesto of the GSLP/Liberals, as endorsed by the People of Gibraltar at the General Election last week, is now fully engaged in its ambition to deliver a green Gibraltar, a Child Friendly City. The course is set, and my Government’s work on delivering the best Gibraltar has now begun.”