The Ministry for Equality has today launched its awareness campaign to mark the International Day for the Elimination of Violence against Women with a number of initiatives in order to raise awareness of and to combat domestic abuse.

In collaboration with the Royal Gibraltar Police, the Ministry of Equality has developed a video advert which will start to be aired today on GBC as well as on social medial platforms.

The awareness campaign will also see the distribution of posters in various forms. The posters are in the majority of public buildings and have been placed throughout the GHA. They can be found at every single GP surgery.

In order to raise the impact and visibility, this year arrangements have also been made to display these posters on bus shelters and on the back of some buses.
As a further innovation, the Royal Gibraltar Police are displaying the poster on the rear windscreen of two patrol cars.

Awareness at an early age is key and, as in previous years, schools have continued to support the raising of awareness in an age-appropriate manner during the course of this month.

Minister for Equality, Samantha Sacramento MP, said: “We stand a greater chance to eliminate domestic abuse if we work from multiple angles. As such, training is essential, and awareness is equally important. The objective of our very visible awareness campaign is to remind our community that help and support are always at hand from the relevant organisations.

“Importantly, our message is for those who are living in an abusive relationship or environment to call out domestic abuse. We encourage that it be reported because they will be supported. We would also encourage friends and family to encourage anyone who they know is suffering to ask for help. It is very reassuring to have this message being reinforced by the Royal Gibraltar Police in such a visible way.

“The campaign seeks to highlight that the necessary help and support are available, as well as to create awareness of the different types of domestic abuse that people may be subjected to. It aims to do away with the misconception that only women are victims. Domestic abuse can impact everyone in the family. We want to encourage people to take that first step and call it out.” 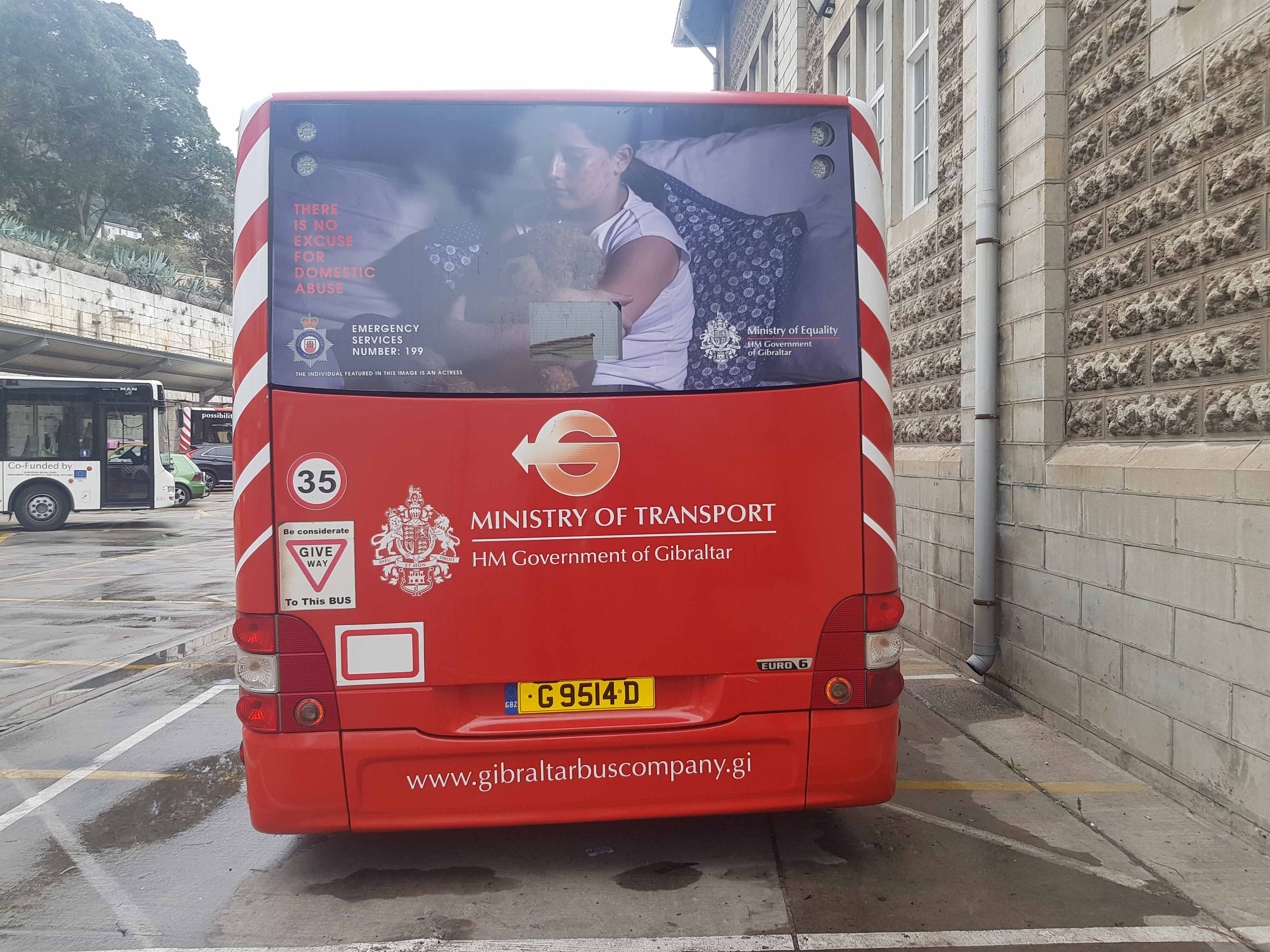