International Week of the Deaf is celebrated annually on the last week of September, this year it falls on the week commencing 21st September. It is a week that is celebrated by the International Deaf Community to commemorate the first World Congress of the World Federation of the Deaf in Rome in 1951.  The Government has supported GHITA in its deaf awareness and the Moorish Castle has also been lit up with the Charity’s colours this week.

A report on the findings of the Hearing Loss survey conducted by the Gibraltar Hearing Impaired and Tinnitus Association (GHITA) in 2018 was presented to the Minister for Equality and Health, the Hon. Minister Samantha Sacramento MP. The survey was created in consultation with the Gibraltar Health Authority and was carried out over a period of a month by GHITA volunteers who operated a stall at the Primary Care Centre. The report was presented to the Minister by Mr Tyrone Payas and Mr Kyle Payas representing GHITA.

GHITA will also build on from the Department of Equality and Office of Civil Contingency’s initiative of introducing windowed facemasks and will be launching their version of the windowed facemasks this week with all proceeds going to GHITA and GHITA community projects.

Government has worked closely with GHITA in the past, and even more so during the COVID-19 pandemic. The Civil Contingencies team set up a group to safeguard the interests of vulnerable people and a team member was specifically allocated to support the needs of the deaf community during the pandemic.

It is also worth mentioning that several initiatives have already been implemented at the Gibraltar Health Authority (GHA) with more planned for the near future.

Many of these initiatives have been introduced in the Primary Care Centre (PCC), one of which now provides a ‘live’ sign language facility when a deaf person is having a General Practitioner (GP) consultation.  The GP’s words are simultaneously translated into sign language that the patient can follow on a video screen and the patient’s response is similarly translated for the GP.

The PCC also has a dedicated phone line where those who are registered as severely hard of hearing can book their GP appointment via WhatsApp or SMS text.

Another PCC initiative is that of the ‘chaperone service’.  Once a patient registered as Deaf checks in at the PCC counter, the system automatically identifies the person as deaf and this then notifies a member of the administrative staff who escorts the patient and waits with them until the doctor calls for the patient.  In the near future this system will be further enhanced by means of ‘Patient Pagers.’  The hard-of-hearing patient will be issued with a special pager that will vibrate once the GP is ready to see them.

Within the Audiology Department of St Bernard’s Hospital, the waiting times for new hearing aids and for hearing tests have both been reduced and a brand new Audiology Suite is now in the advanced planning stage.  New Paediatric audiology equipment will be available to the department within the next few weeks, thanks to a charitable donation.

The Minister for Equality and Health, The Hon Minister Samantha Sacramento MP said “I wish to thank GHITA for the report they have presented to me, this will be a vital tool for the future. I am very pleased with the close collaboration that different Government Departments and Agencies have had with GHITA with the purpose of assisting people with disabilities, especially during this pandemic. This shows the importance of charities being proactive and positive when working closely with Government for the benefit of the community as a whole. Furthermore, the importance of having awareness days and weeks cannot be underestimated, as it serves as a vital trigger to help the public understand what individuals with hearing loss go through and what they can do to assist. The new Audiology Suite is also an exciting development and I am really looking forward to finalising this project.” 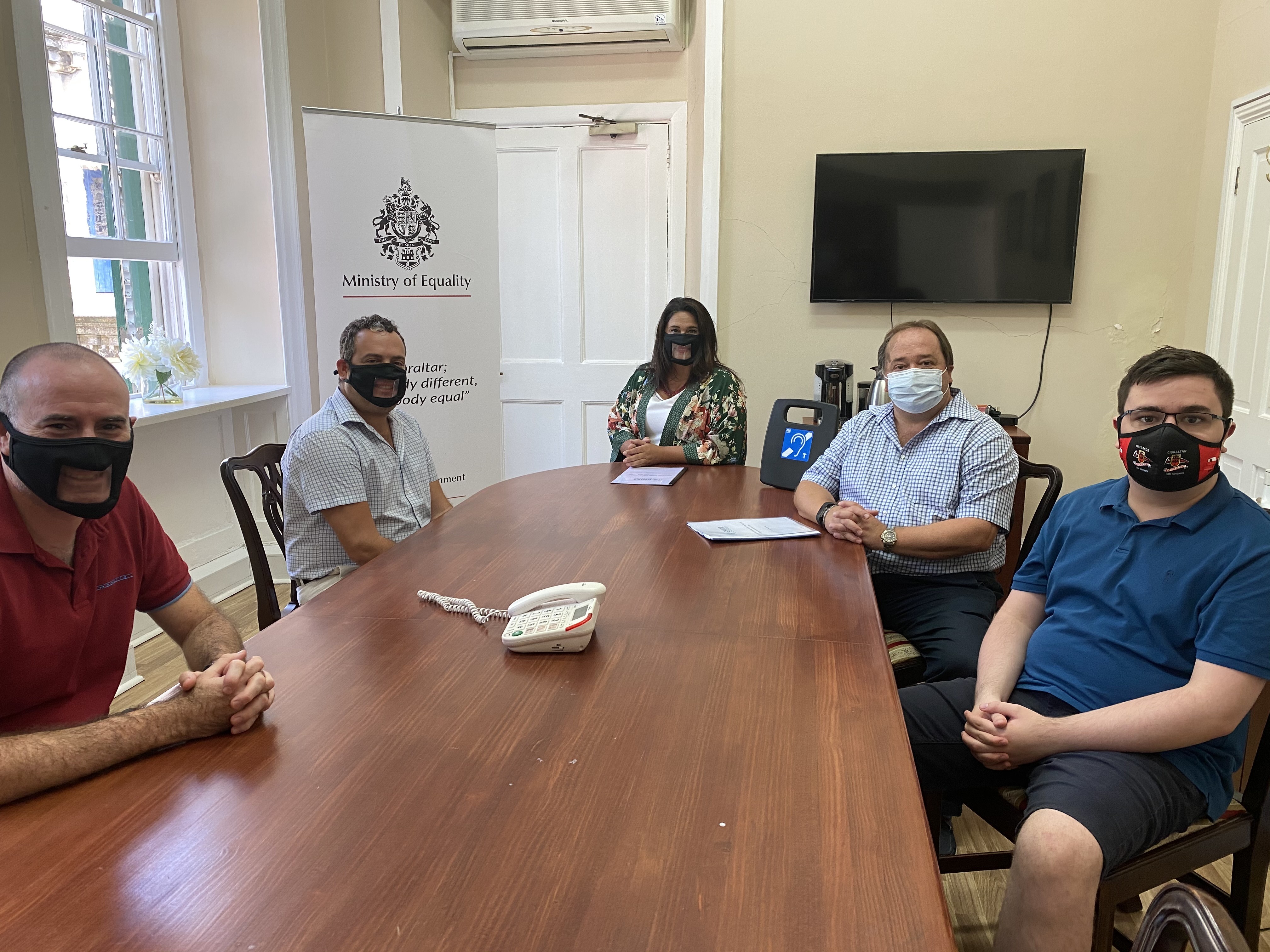 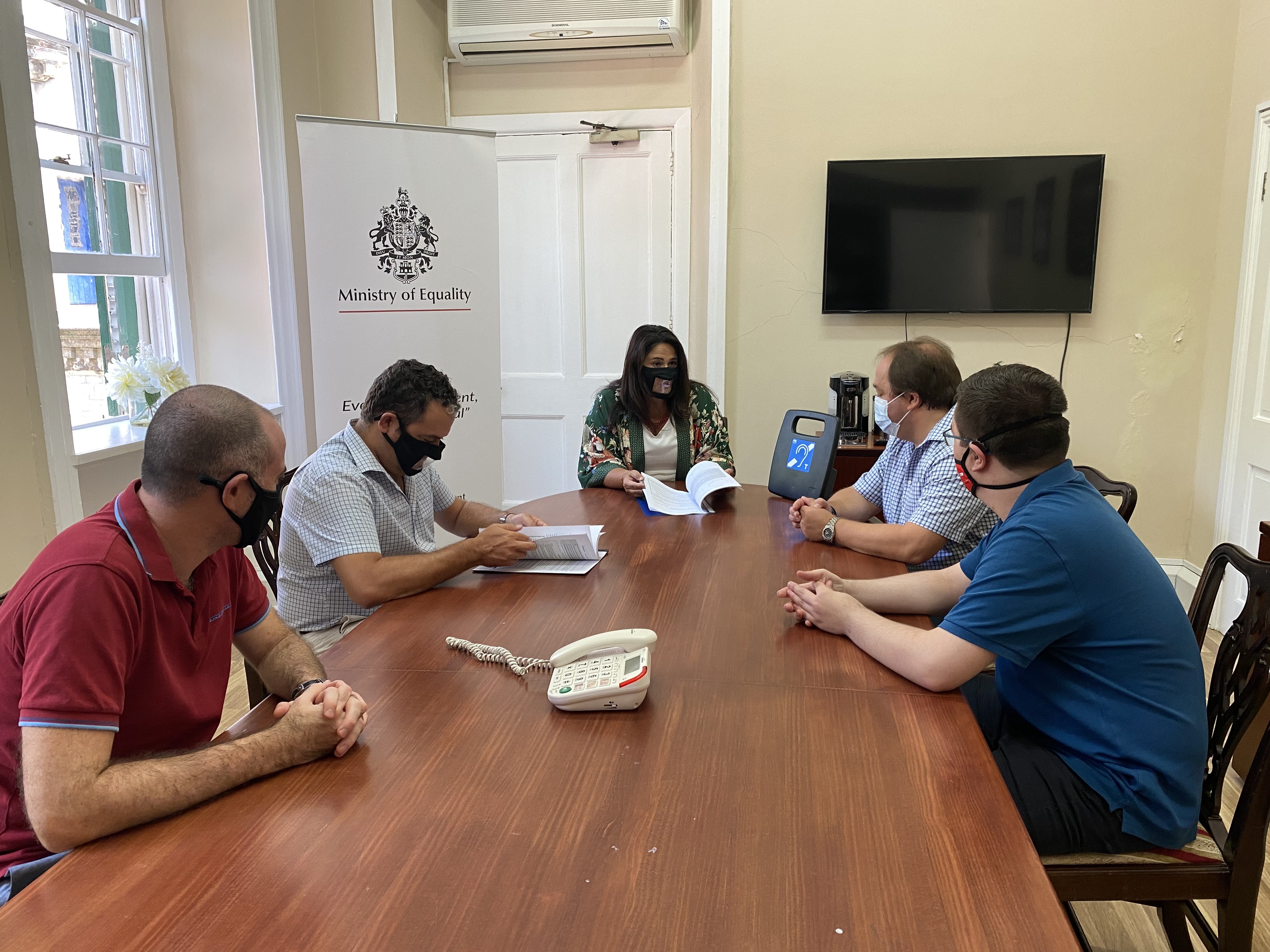 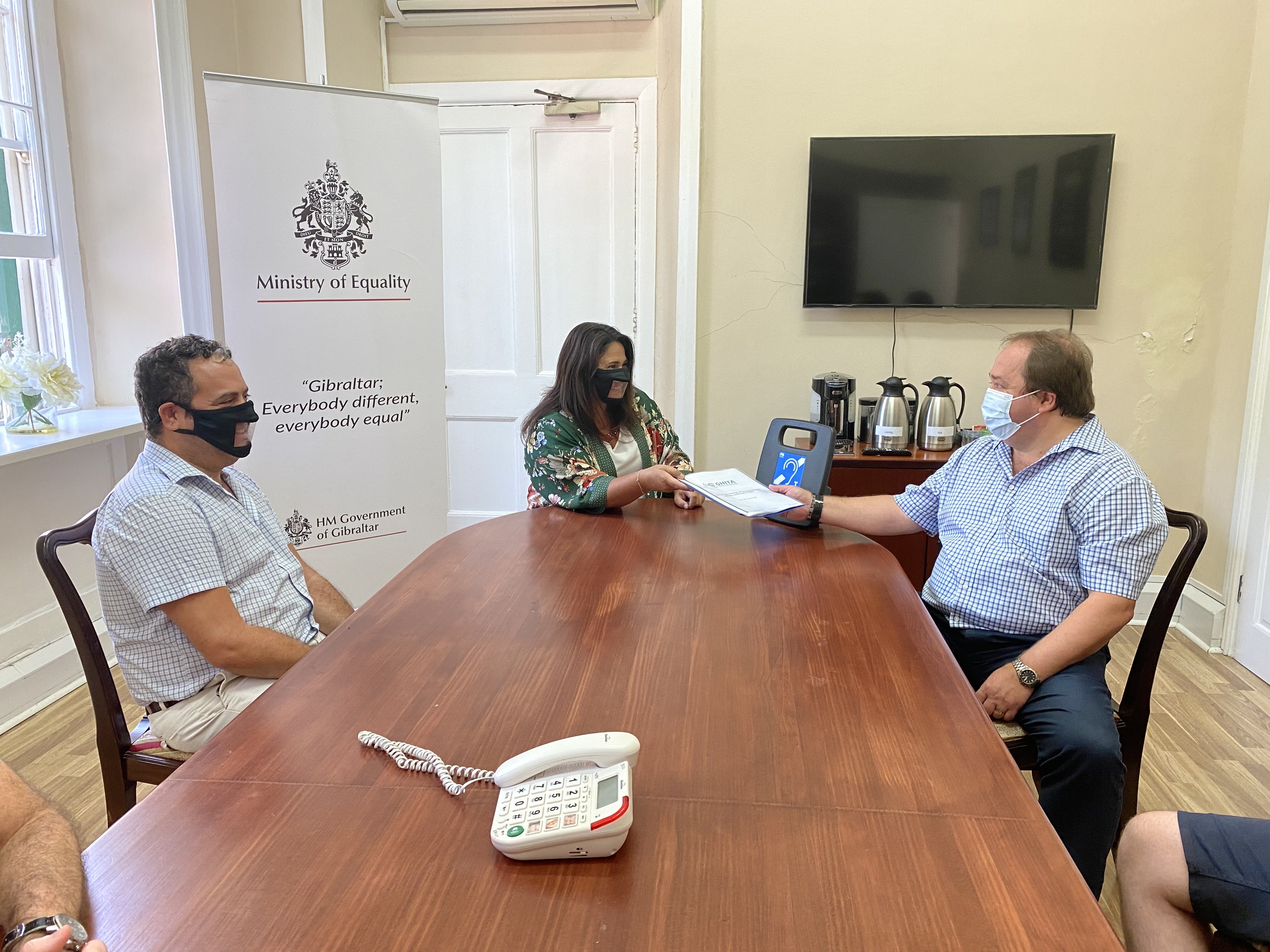