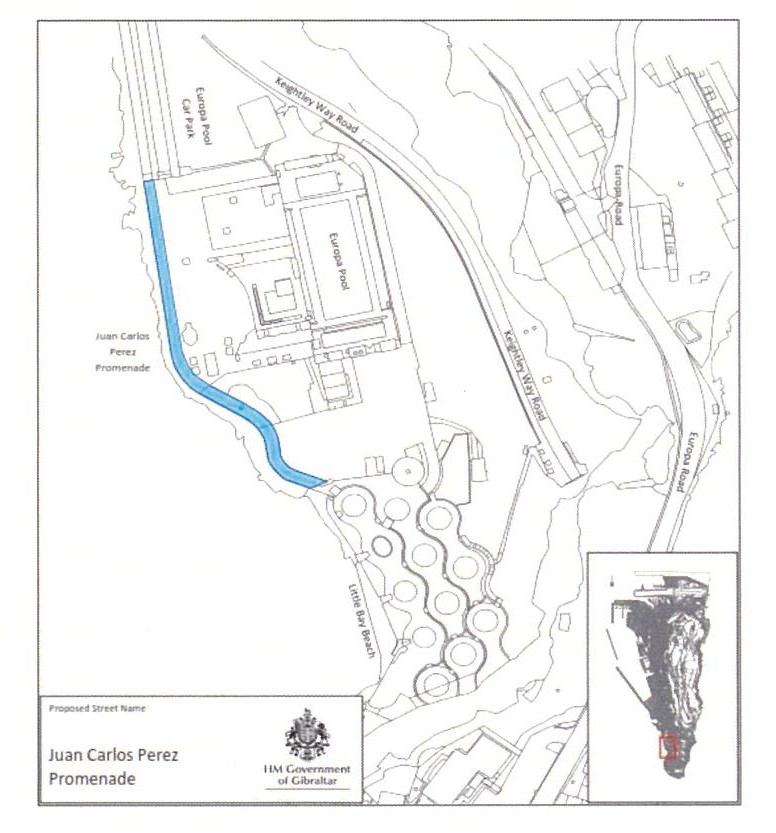 Mr Perez was a member of the House of Assembly for the GSLP from 1984 to 2003.  He was a Minister from 1988 to 1996 and was best known for his work on Government Services including, in particular, his work on telecommunications.

The Chief Minister, the Hon Fabian Picardo, said: “Juan Carlos was well known and well-loved in Gibraltar across our community and across the political divide.  He was a man who gave everything for working people in Gibraltar, and to the trade union movement and the socialist party, in his career.  I have always thought it remarkable that Juan Carlos had been such a fierce advocate for his political point of view, but an equally strong friend of persons who were on the opposite side to him in politics.  I am, therefore, quite sure that the naming of this promenade in the memory of Juan Carlos will be something warmly received throughout the community as a whole, as it recognises the work of a man who gave everything for the things he believed in and did so with passion, with all his heart, and with a warmth that will live forever amongst those of us who had the good fortune to know him and work with him.”

An intimate ceremony to mark the naming of the promenade will be held in coming weeks.