Wednesday 27th January marks International Holocaust Remembrance Day, commemorating the day in 1945 when the Auschwitz-Birkenau concentration camp was liberated by Allied forces at the end of the Second World War. It is a day of reflection and a reminder of how we must all remain vigilant and call out racism and anti-semitism whenever we encounter it.

The Ministry of Equality would like to encourage the public to set some time aside to revisit or familiarise themselves with the story of the Holocaust. To this end the Ministry of Equality would like to remind the public that a recording of the presentation titled ‘Learning From Auschwitz’, delivered by Mr. Arek Hersh, a Holocaust survivor and Mr. Mike Levy, a Holocaust Education Advisor, can be found on Her Majesty’s Government of Gibraltar’s YouTube channel. The talk was delivered on 7th December 2017 and organised by the Department of Equality. The recording has also been shared with Bayside, Westside and the Gibraltar College as an additional resource on the Holocaust which can be accessed by their Year 12 and 13 students.

The recording can be found on the following link: https://youtu.be/gqV6hKmsk18.

The Minister for Equality, The Hon. Minister Samantha Sacramento, MP, said: “Normally every 27th January, HM Government of Gibraltar, together with senior dignitaries and a cross section of the community, stand together at Commonwealth Park, united against anti-semitism and discrimination. This year, though we cannot stand together in person, I ask Gibraltarians to unite in spirit and remember the atrocities done to millions of innocent people during the Second World War. It is important that we do so for if we do not acknowledge and condemn what was done in the past, we are bound to repeat the same mistakes in the future. We have seen this happen in other parts of the world since 1945, which is why it is so important to continue to discuss the causes of genocide. Hearing first hand accounts from Mr. Arek Hersh, available on the link we have provided or from other sources is the best way to understand the causes and effects of genocide. We organised the recording of Mr. Hersh’s experience so that future generations will not forget the harrowing experience of the Holocaust.” 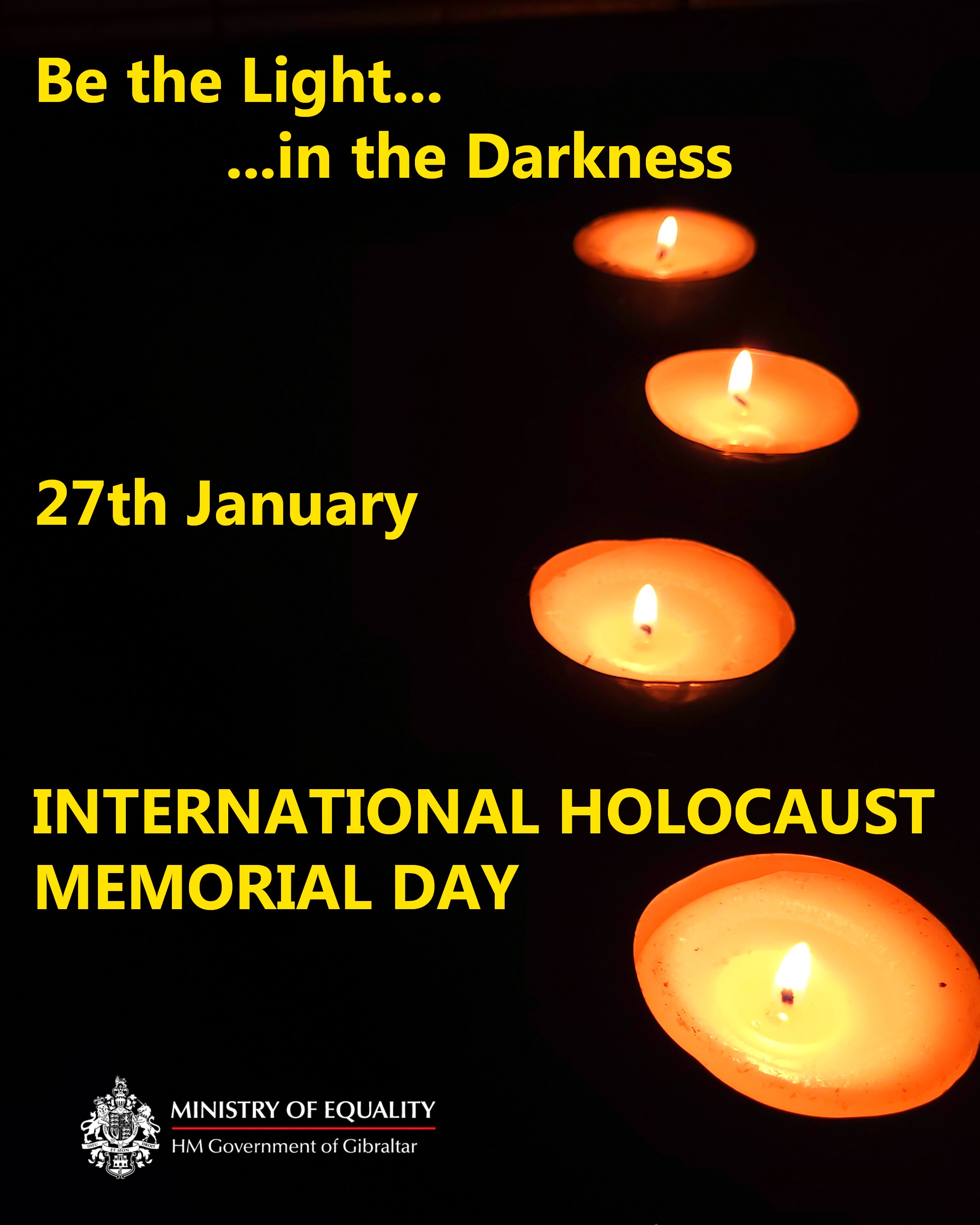