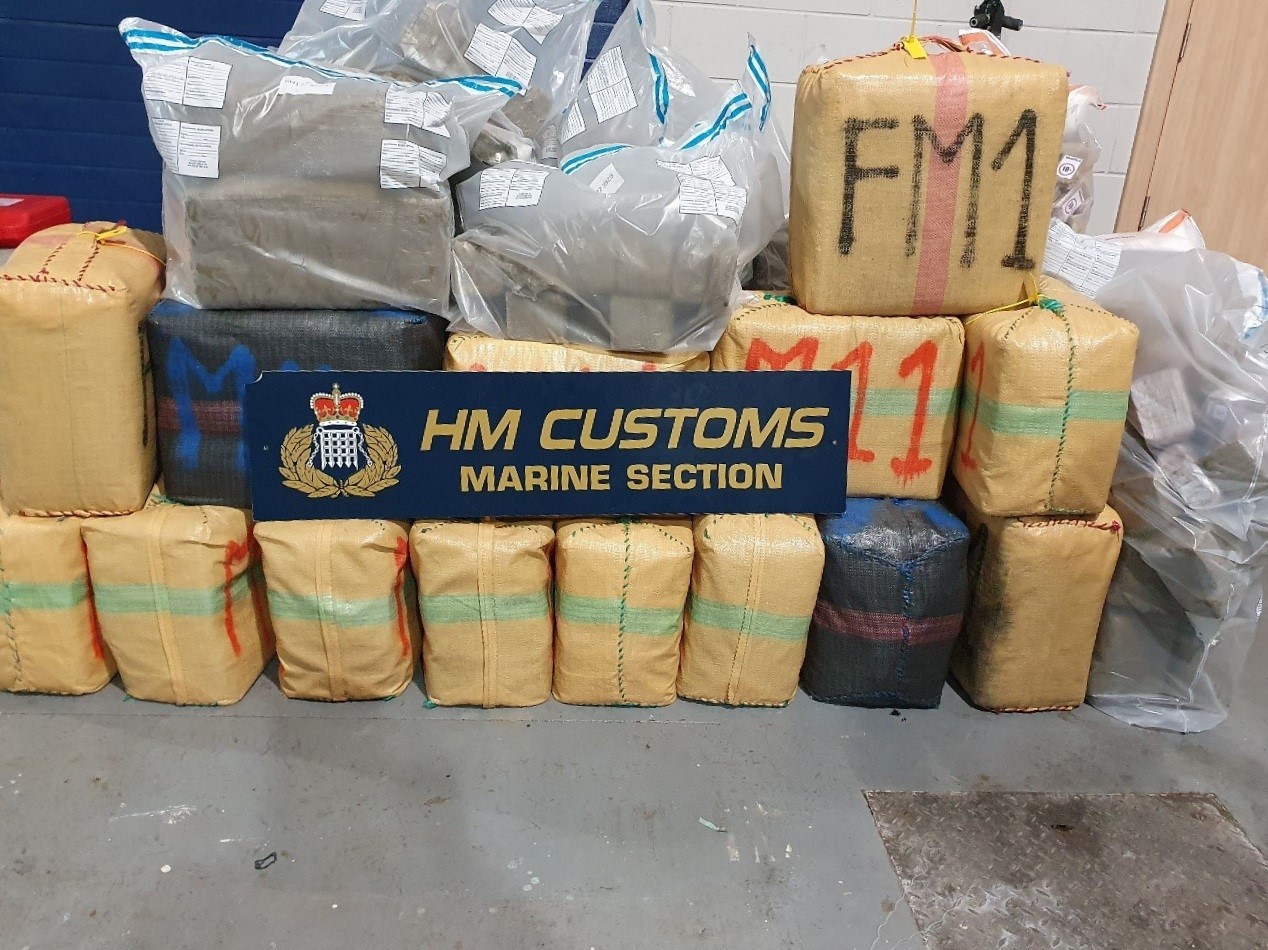 The incident took place yesterday, when officers were carrying out a routine patrol of British Gibraltar Territorial Waters. At approximately 15:00hrs Customs Officers stopped a white pleasure craft one and a half miles South-East of Europa Point. After questioning the two male occupants, a Spanish and a Portuguese national, Customs Officers boarded the vessel and conveyed it to Customs Marine Base for a thorough search.

The two individuals were arrested and conveyed to New Mole House Police Station for processing.

HM Customs confirms that the total weight of the drugs is approximately 825kg, with a street value exceeding 4 million pounds.

The Collector of Customs, John Rodriguez, said: ‘HM Customs officers are at the front line in protecting the jurisdiction and play a key role in detecting illegal imports of prohibited and controlled drugs, thereby disrupting serious and organised crime groups. This detection, whilst not directed for Gibraltar, has prevented a substantial quantity of illegal drugs from ending up in the hinterland and onwards into Europe. Investigations continue to ascertain assets derived from such criminal conduct with a view to confiscations. I congratulate all officers involved in this seizure. Well done to all!’