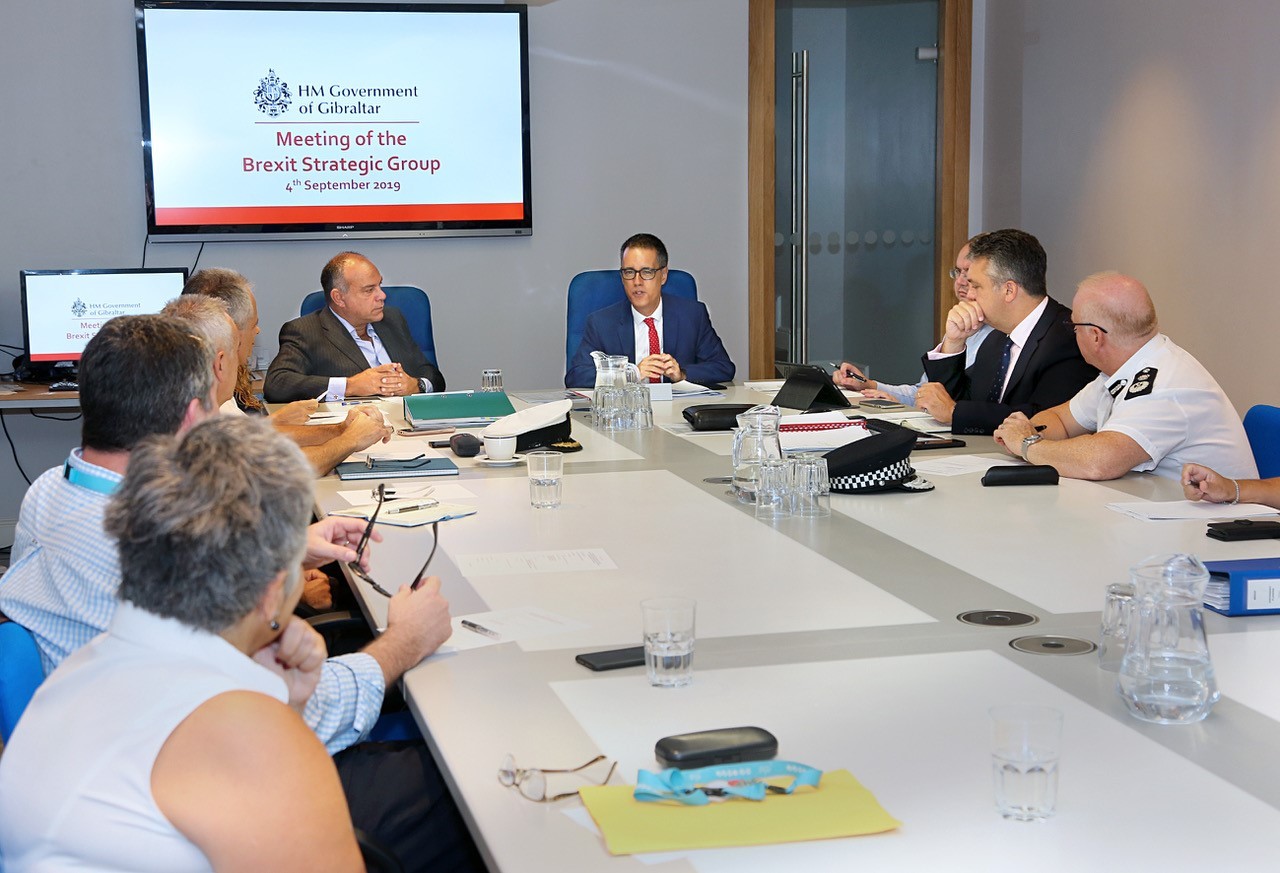 The Deputy Chief Minister Dr Joseph Garcia this morning chaired a meeting of the Government’s Brexit Strategic Group and gave the go-ahead for a live Brexit TTX exercise to take place on 2 October. This meeting comes straight after the United Kingdom Parliament approved a Motion last night to allow further debate today on legislation designed to prevent a no deal Brexit on 31 October.

The Government will nonetheless continue with its preparations to leave the European Union. This is the logical and responsible thing to do despite the evolving political situation in the United Kingdom.

The meeting today included senior public servants like the Attorney General, the Commissioner of Police, the Captain of the Port, the Deputy Collector of Customs, the Medical Director, GHA, the Chief Scientist, Parliamentary Counsel, Civil Contingencies Coordinator, the office of the Chief Secretary and the Office of the Deputy Chief Minister. The discussions this morning, which lasted nearly two hours, covered all areas of Brexit contingency planning.

That public information campaign was renewed today with advertisements in the local press and on the Government’s social media platforms urging the public to get ready for a no deal Brexit.

A team from the United Kingdom’s Department of the Environment, Food and Rural Affairs (DEFRA) arrive in Gibraltar tonight in order to continue the positive engagement with their counterparts here. The visit will include discussions with different ferry operators in respect of the importation of perishable goods from the United Kingdom and the export of waste. They will also meet food suppliers, transport operators and freight agents, pharmaceutical wholesalers, pharmacies and vet clinics as part of the Government’s information programme.

The team will report back to the Deputy Chief Minister and to the Minister for the Environment Professor John Cortes before they leave on Friday.

“The preferred position of the Government is that the United Kingdom and Gibraltar should remain in the European Union. However, we need to prepare for the real possibility of leaving without a deal. The shifting political backdrop in the United Kingdom is obviously not helpful. However, Gibraltar must remain calm and continue with its preparations. It will be recalled that exit day has already moved from 29 March, to 12 April and then to 31 October. One possible outcome is that it may move again, another is a general election in the UK, and now there is even talk of resurrecting Mrs May’s Withdrawal Agreement.

“There are simply too many variables at the moment. The picture should be clearer in the next 48 hours or so. The message is simple. Gibraltar will, sensibly, calmly and responsibly, continue to prepare.”