A major exhibition to mark the 75th anniversary of VE Day was launched by the Deputy Chief Minister Dr Joseph Garcia today at the John Mackintosh Hall. The exhibition was originally scheduled to open on the actual day of the anniversary on 8 May, but was postponed because of the lockdown brought about by the COVID-19 pandemic. The exhibition has been curated by the Archivist Anthony Pitaluga and prepared with the team at the Gibraltar National Archives and the assistance of a number of volunteers.

This is the eighth exhibition organised by the Gibraltar National Archives in six years.

Gibraltar is very proud of the role that it played during the Second World War. This was an event that touched everyone on the Rock. There were many who served with the armed forces, many more who rallied to play their part in the defence of Gibraltar and thousands more who were evacuated as part of the War effort.

In May 1940, 13,000 men, women and children set sail across the Strait to French Morocco, eighty years ago this year. The fall of France meant that they needed to leave Casablanca and a re-evacuation to the United Kingdom was planned.

The Government intends to mark appropriately the role played by then Commodore Creighton, later Rear Admiral Sir Kenelm Creighton KBE MVO, in this re-evacuation of Gibraltarians from Casablanca in July 1940. He commanded a convoy of freighters that disembarked 15,000 French troops in Casablanca which was tasked with immediately evacuating the people of Gibraltar to the United Kingdom. Given the condition of the vessels, the Commodore first resisted the demands of the French Admiral at Casablanca to immediately board the Gibraltarians who were elderly, infirm, women and children. When our people were forced to board at gun-point, the Commodore refused to follow orders and take them to the United Kingdom with the vessels in very poor conditions. He defied those orders and set sail for Gibraltar instead to allow time for the ships to be properly refurbished for the transport of civilians.

The Government will separately commemorate the actions of Commodore Creighton who assisted the people of Gibraltar in their hour of need.

Those who went to French Morocco, with three thousand more, then sailed northwards to London and later to Northern Ireland, others went south to Madeira and others westwards to Jamaica.

Gibraltar played a crucial role in Operation Torch, the plan to push the enemy out of North Africa, with General Dwight Eisenhower himself housed in headquarters in tunnels inside the Rock.

The exhibition is divided into six photomontage sections. The first covers the Gathering Storm, the second looks at the Home Front and Defences, the Underground City and Hospital, the Gibraltar Defence Force, Gibraltar under Enemy Attack and the final section covers Victory in Europe.

A series of exhibition lectures will be delivered by a panel of guest speakers every Tuesday and Thursday in October at 6.00pm at the John Mackintosh Hall. In addition to this, a series of documentaries will be on show covering different aspects of Gibraltar during the Second World War, starting at 10.30am and ending at 6.00pm.

“Once again I must praise Anthony Pitaluga and his team for a wonderful historical display of photographs, newspapers and other World War Two memorabilia. I must thank Anthony, the staff at the Archives, my office staff and all the volunteers who have contributed in every way. Sadly, the COVID-19 pandemic has meant that it is not possible to open the exhibition in the usual way. It will be recalled that part of this exhibition was made available virtually, in so far as it was possible, in May to coincide with VE Day itself. The Government indicated at the time that it would be postponed until October. The people of Gibraltar, throughout their history, have a long and proud tradition of standing up for the values that we hold dear. This exhibition is therefore a tribute to all those who lost their lives in this global conflict and to those generations of Gibraltarians who were called upon to make sacrifices in the name of freedom.”

The exhibition will be open to the general public all month as from tomorrow Friday at the John Mackintosh Hall and admission is free. There are three separate exhibition rooms and measures will be in place to control the number of persons in each room at any one time. The public are reminded to wear face-masks when inside the exhibition rooms and to respect social distancing. 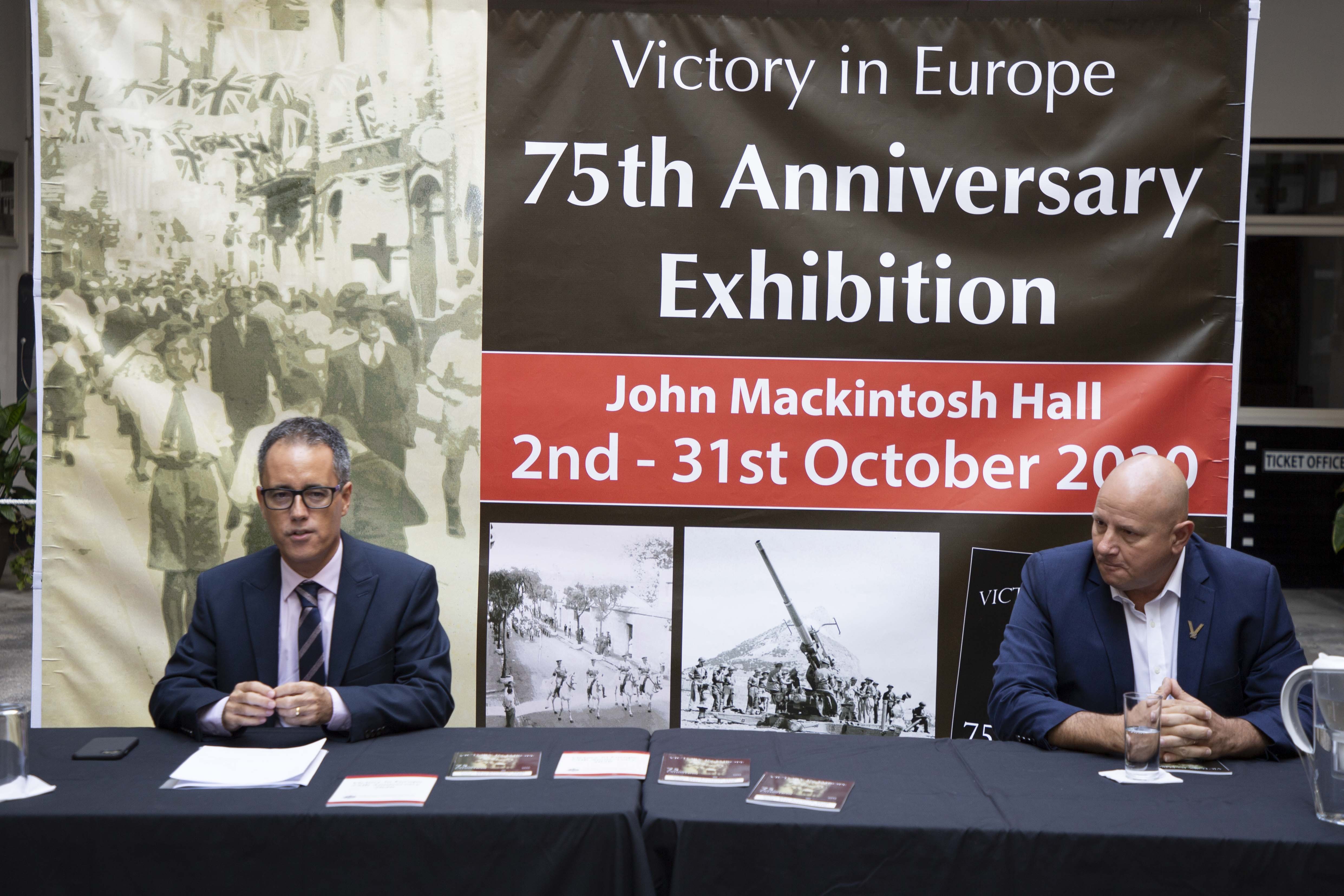