The on-going work at the Northern Defences has uncovered an important part of Gibraltar’s military history. This is what was known as the “Round Tower”, a defensive position the exact location of which was a mystery until now.
The importance of the Round Tower lies in the fact that it was the only part of the fortress to fall to hostile Spanish and French troops and the last time that hostile forces set foot in Gibraltar.

In the months that followed the capture of Gibraltar by the combined Anglo-Dutch force in 1704, a series of attempts were made by Spanish and French forces to recapture the fortress.

Commonly referred to as the 12th Siege of Gibraltar, a number of assaults were launched against the Rock which have not escaped the attention of artists and historians. The closest the Spanish and French got to regaining the fortress was a successful assault precisely on the Round Tower (referred to by the Spanish as El Pastel). This was described in detail by the Spanish historian Ayala. The attack was conducted by 300 French Grenadiers supported by Spanish infantry on 7th February 1705. The attackers successfully scaled and captured the Round Tower.

This assault aimed at exploiting Gibraltar’s most vulnerable northernmost point. The capture of the Tower, which was located at the end of the King’s Lines would allow the attackers to bypass the cannons at the Grand Battery which protected the Landport entrance to the fortress. This brief occupation of the Round Tower, however, was repulsed after violent fighting and a ceasefire followed that allowed for the burying of 200 men.

But where was this Round Tower? Where did so many give their lives to capture and defend our homeland? How close was Gibraltar to falling? It is with hunger for such information, and some clues from written history, that the team at the Northern Defences set off to find the site.

The location of the Round Tower has been referred to in several sources as being at Forbes Battery, and as having been destroyed when the latter was constructed. This location was at the very end of the Queen’s Lines, overlooking the isthmus. Other sources mention that “not even the foundations remain”. It is therefore understandable that there has been limited interest in the past to find the Round Tower.

However, numerous alternative historical sources tell a different story and point to the Northern Defences team to a very different conclusion. It was with this new hope that the team searched for the fallen tower.

Ayala described the attack in such detail that he refers to the crossing of a “foza” (a ditch) before the French Grenadiers launched their attack. These details, together with maps provided by Professor Jason Dittmer from University College London, allowed the Government to have a clear indication of where the remains, if any, of the tower might be. Maps which indicated lines of “communication to the Tower” and “path to the old tower site” became the subject of renewed interest.

There is a rocky outcrop in the Northern Defences which juts out and provides a blind spot to the defenders. It is just to the south of the Orilion fault, which might have been interpreted by Ayala as a “foza”. This was the most obvious place to start searching for a defensive structure which could also act as a lookout. This theory was supported up by several historic maps which located the Tower there. It was through sheer determination and hard work that connecting paths were cleared and rubble removed, first exposing a trench and then a section of a battered circular wall. The red mortar, type of construction and the location provides us with a very good possibility that we have uncovered the area which fell to the enemy in 1705.

The Deputy Chief Minister Dr Joseph Garcia said that he has always been excited about this project and commended the Project Director Carl Viagas and the team for their hard work. “Carl has done a magnificent job in sifting through both the written and the physical evidence in order to get to this find. The Northern Defences Project is one where I have taken a keen interest and witnessing the unveiling of such remains, which before I had only read about, is incredibly rewarding”, he said. 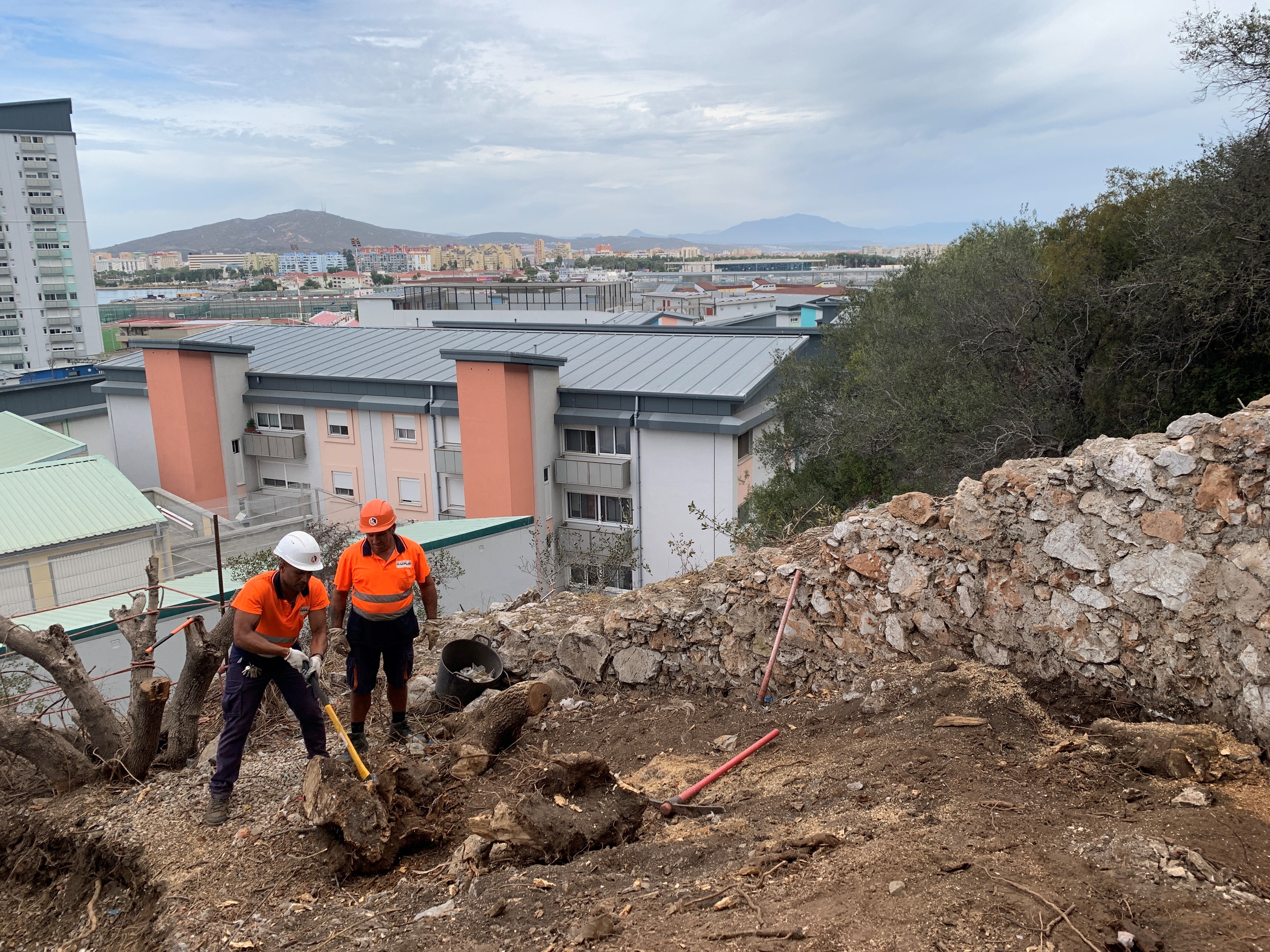 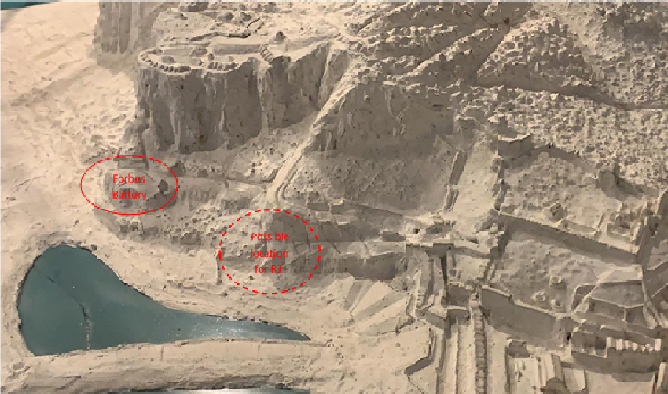 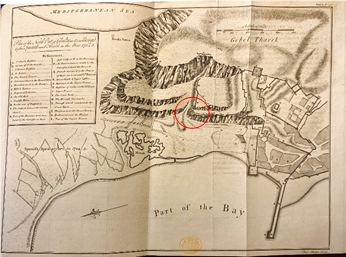