It is with the greatest of pleasure that I stand here to say a few words about today’s recipient of the Freedom of the City.

Adolfo has dedicated most of his life to the service of our Community.

Many will remember him in his younger days as their mathematics teacher, who produced very good exam results for his students, and also Deputy Head Master at the Gibraltar Grammar School.

I am told Mr Canepa was a strict teacher and disciplinarian who, nevertheless, enjoyed the respect and admiration of all those who passed through the Grammar School.

Adolfo is a lifelong fan of Arsenal Football Club. One anecdote told to me recently is that when Arsenal won the league and FA Cup double in the 1970-71 season, the Grammar School boys he taught were relieved of maths homework for a weekend.

Although an educator by vocation, Adolfo has always been a politician at heart. So, when the opportunity to serve this Community arose in 1972, he gave up teaching and stood for election, with the AACR, to the House of Assembly.

From 23rd June 1972, and for almost 50 years, Adolfo has dedicated his life to his fellow Gibraltarians.

He had been a Minister from 1972, the first full time Minister.

He has been Mayor twice.

He has been Chief Minister.

He has been Leader of the Opposition.

And perhaps most remarkably, he has also been acting Governor of Gibraltar.

Speaker was really all that was left!

The role of Speaker was, in fact, the last of what one might call the great offices of State in Gibraltar which he had not held.

In keeping with his strong principles as a family man first and foremost, he turned down the role when it was first offered to him because of a family illness at the time.

And when the time came for Adolfo Canepa to be Speaker upon a second invitation, he was to make the role very much his own.

The few times that I might not have agreed entirely with his rulings, I always felt sufficient respect for Speaker Canepa’s views that I knew it was right to defer to his judgment of the rules.

That he is a gentleman of politics is well known to all.

Despite his long time in the arena, he was friendly to all his adversaries.

In 2014, Adolfo published his memoirs in his book entitled “Serving my Gibraltar”, which sets out his personal, professional and political life in greater detail than I am able to do justice to in this short address. It is also a book I recommend as a fair and factual documentation of Gibraltar’s recent history.

Fittingly, Adolfo consistently reminds readers of his book – as he tells those of us lucky enough to work with him – that his better half, or his better three-quarters, as he sometimes refers her – is his wife Julie.

I want to thank Julie for the sacrifices she has had to make in all the years that Adolfo has been in public office.

On occasions, the service that Adolfo has given to Gibraltar has meant that he has not been available to assist Julie even at times of important personal commitments.

That concept of service above self is one we would all do well to emulate.

Adolfo, on behalf of Gibraltar, I thank you for your many years of devotion and service to the Community you love.

What you have received today is the highest accolade that your fellow Gibraltarians can give you.

You deserve this Freedom but now you also deserve many more years of happy and healthy retirement.

As a memento and keepsake for you and for many generations of Canepa’s to come, it gives me great pleasure to present you with “The Keys of Gibraltar”. You have earned them and I know will guard them safely. 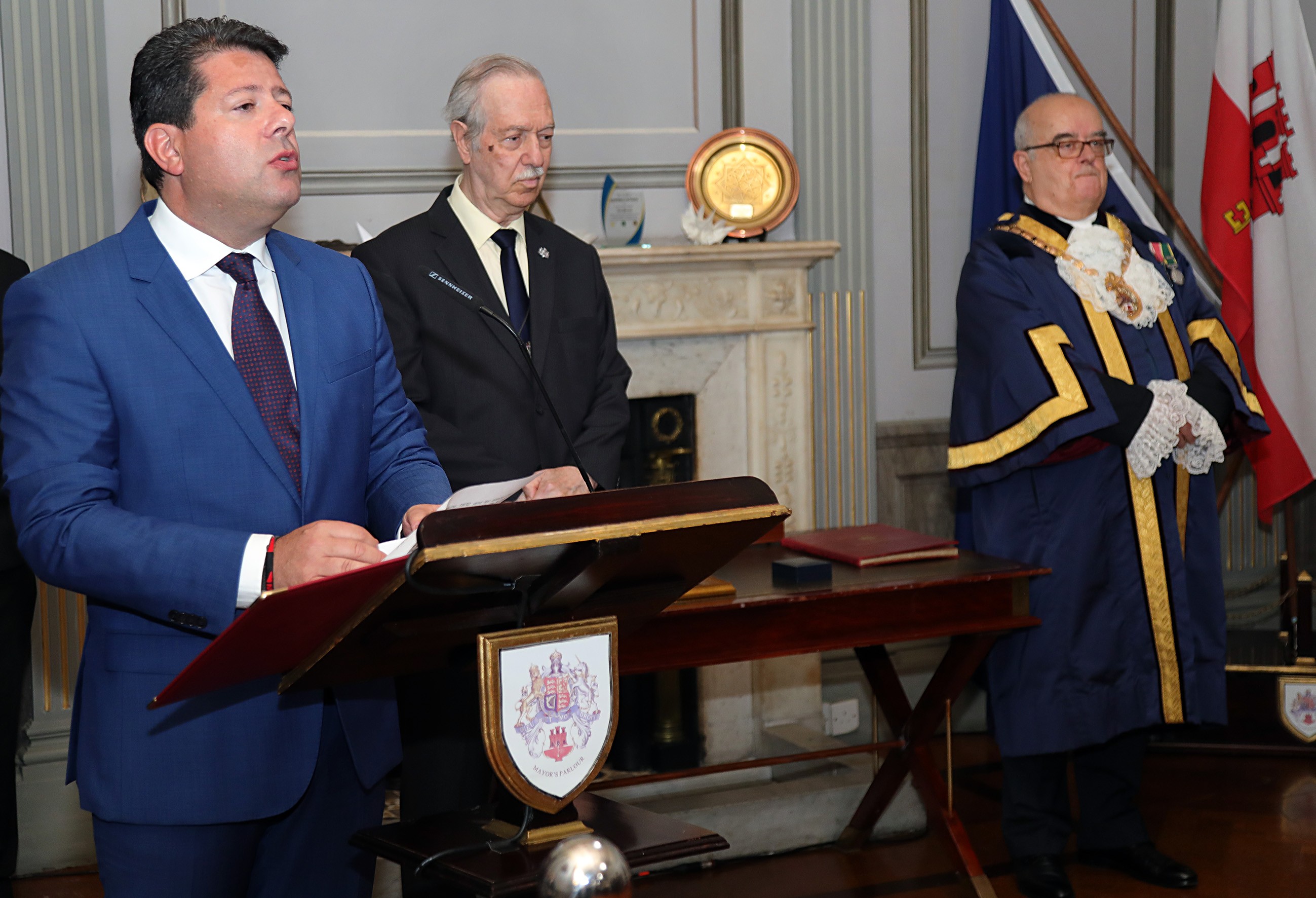