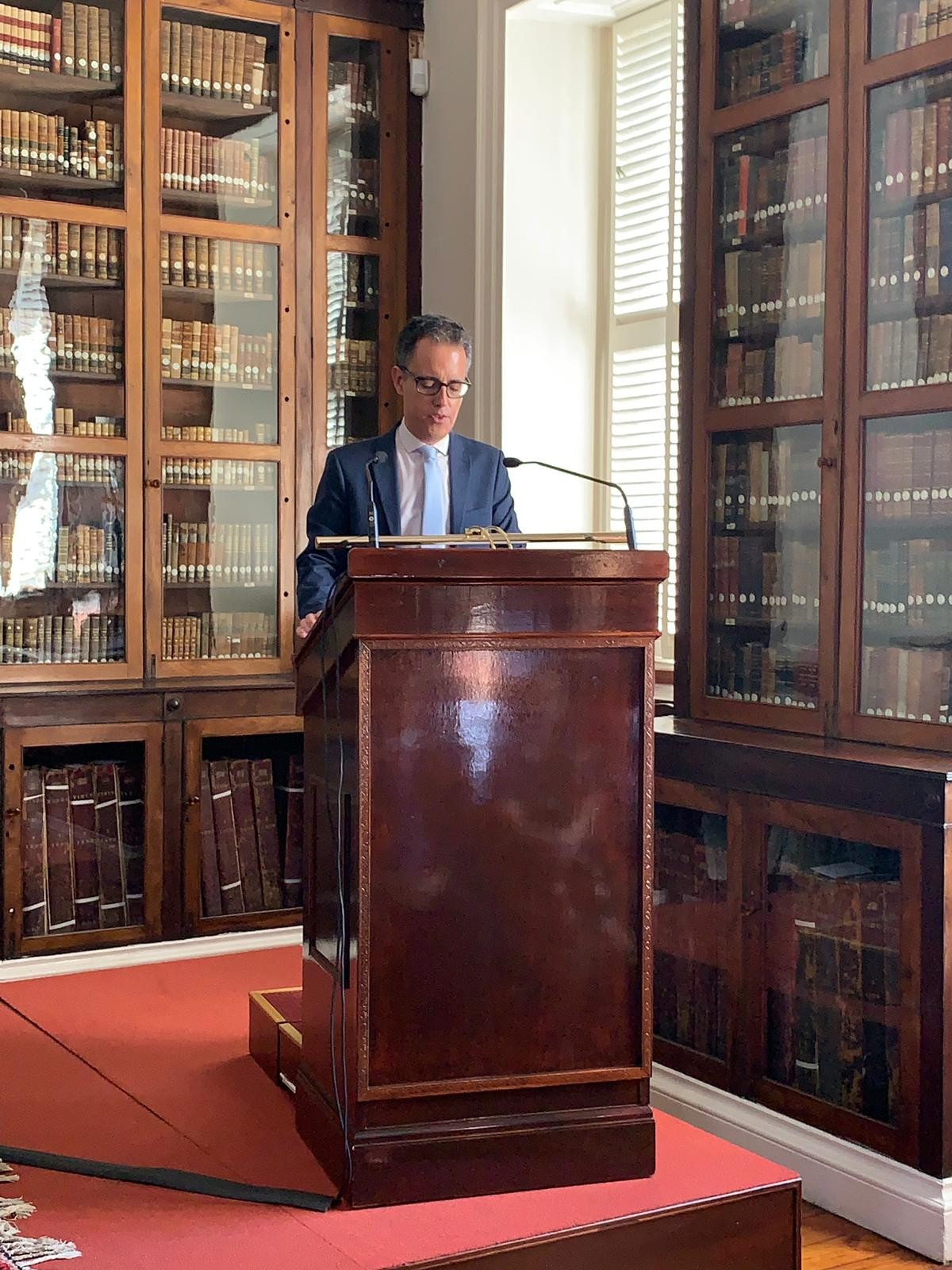 The Deputy Chief Minister Dr Joseph Garcia has said the closure of the border in 1969 shaped the identity of the Gibraltarians and marked us as a people. Dr Garcia delivered the opening address at an international symposium entitled “Borders and Bordering” which is underway at the Garrison Library.

The symposium includes 15 top speakers from universities and other institutions from around the world. They will look at the question of borders in general and a number of specific case studies. This includes the border between Northern Ireland and the Irish Republic and the border between Gibraltar and Spain among other frontier situations.

In his opening, Dr Garcia outlined that it was 50 years since General Franco closed the border. He said that the objective had been the economic strangulation of Gibraltar and that this failed.

“The border has since come to underpin a very powerful discourse informing articulations of identity, of self-determination and of Gibraltar’s relationship with both the United Kingdom and Spain. It is where Gibraltar starts and Spain ends,” he explained.

Dr Garcia went on to make the point that the border has never operated properly with fully functional red and green channels since the day it opened, and he went on to illustrate this by pointing to the six lanes of traffic in place to exit Gibraltar and only one green lane on the other side. He said that the three British-EU borders under the Brexit microscope at Northern Ireland, Gibraltar and the Sovereign Bases in Cyprus were all very different, each with their own unique characteristics. He also referred to the sea border between the British Overseas Territory of Anguilla and French and Dutch islands in the Caribbean.

The Northern Ireland border was over 500km long with some 200 known crossing points. This compared with Gibraltar which was barely 1.8km and one narrow crossing point. The challenge in Northern Ireland was the future movement of goods and in Gibraltar the future movement of persons. “Therefore we already have what is commonly referred to as a hard border – with checkpoints and controls for persons and for goods”, he explained.

The Deputy Chief Minister said that it was important for small countries and territories engage with each other, as he noted that a delegation from the Aland Islands would be present for the discussions, including the Speaker of their Parliament. “There are geopolitical realities which face small territories,” he said, “also cultural, linguistic and economic challenges. Political too, in terms of the development of self-government and the exercise of the right to self-determination.” He referred to the religious, cultural and ethnic diversity of Gibraltar and outlined the importance of migration in creating the modern Gibraltarian identity. Gibraltar is proud of its multi-culturalism, he said.

The symposium will also look at the wider question of migrations, including the Dover-Calais sea border.